A Visit to Giuseppe Rinaldi

A Visit to Giuseppe Rinaldi

At Giuseppe Rinaldi’s winery, we were met by his daughter Carlotta, who is taking over the reins of vineyard management from her father ‘Beppe,’ while her elder sister, Marta, is taking primary responsibility for the winemaking.

Giuseppe (Beppe) Rinaldi is said to be known as ‘Citrico’ (‘The Acerbic One’) to those that dare be so familiar but I can only claim to have ever seen him, or more precisely, witnessed him and barely ever spoken a word.

Across numerous visits, the best I have ever got from him is a reluctant nod before he turns himself away, cigar stub in hand, to tasks more befitting his long-suffering attention. He roams about the cavernous cellar-cantina beneath his ramshackle villa that dominates the Southern entrance to the town of Barolo in a constant state of barely contained irritability.

I make it a habit to respectfully acknowledge whatever greeting I am given and quietly seek out the valuable counsel of his impressively capable daughters, Marta and Carlotta, who already show the grit of greatness well before their thirtieth birthdays. 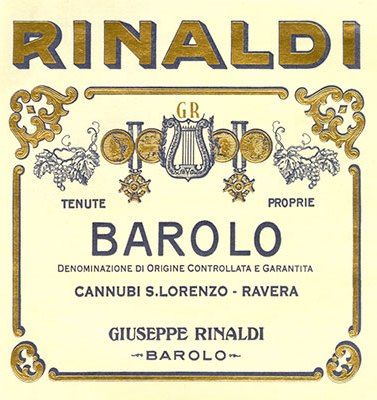 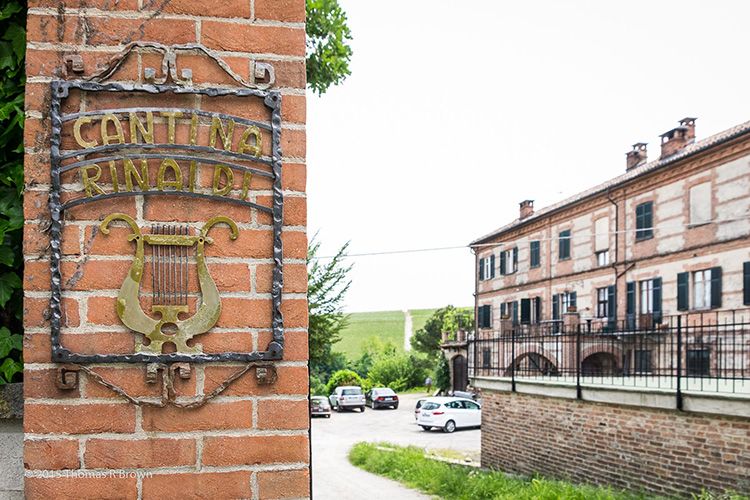 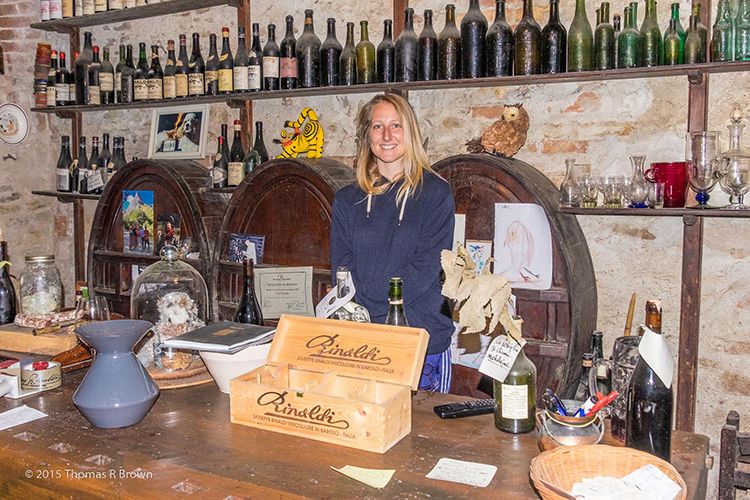 1. No other Barolo estate so powerfully represents the precious substance of ‘tradition.’  It lives through Beppe, as it did in his father and his grandfather, and it will clearly live on through his daughters, Marta and Carlotta, as they take over the helm.

2. As we were greeted by Carlotta in the tasting room, we found a fascinating array of old bottles filling the shelves between various works of art and antiques.  She has recently completed her viticulture degree and will be taking charge of the family’s vineyard holdings.

Wherever you go in the Langhe, the subject of ‘tradition’ is never far from the agenda. Many still carry the scars of the revolution and reaction to ‘Modernism’ that has played out over the last 30 years. Some producers are still locked in a dogma that overrides their ability to adapt and move beyond the divisive narrative that defined their generation. But at Rinaldi, tradition goes beyond dogma, it is their essence, and it works. I sense that if it did not, it would not be tolerated. But there is such a calm assurance in the success of their methods that there is to me, no greater expression of what the word ‘tradition’ really means in a wine. And in my humble opinion, there are no greater Barolos.

The Wines – Production is tiny at 38,000 bottles in total, of which half are Barolo. In general, the estate is defined by its two great blended Barolos. Historically, the Brunate was blended with Le Coste (Brunate – Le Coste) and the Cannubi San Lorenzo was blended with the Ravera (Cannubi S. Lorenzo – Ravera) but new regulations have forced change here where it has been resisted for so long. 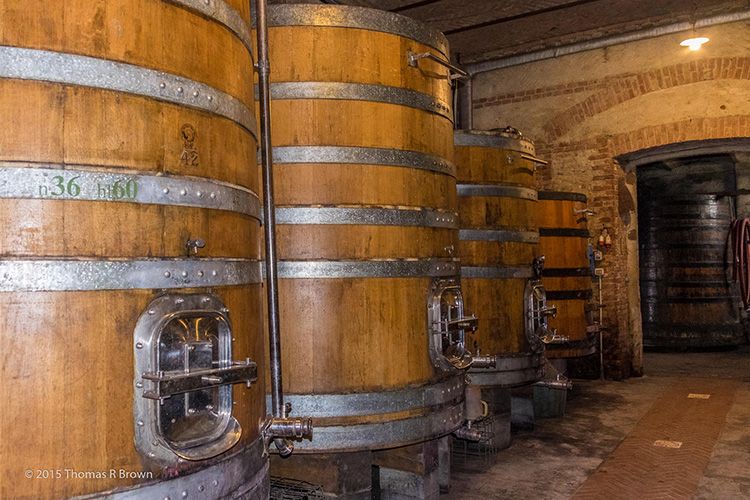 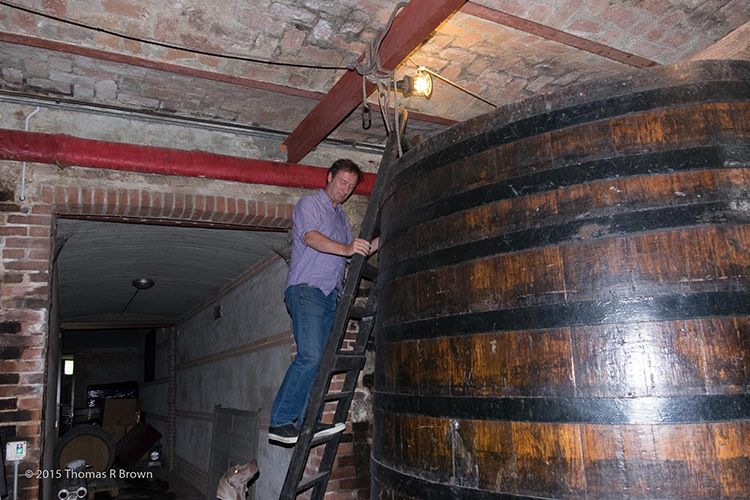 1. Fermentation is in open topped wood vats known as ‘tini.’  Extraction is by punch down and pump over with an extended maceration before aging in botte.  Production is extremely small; just 2,000 cases of Barolo.

2. Yours truly, finally coming to the conclusion that winemaking is a young man’s (or woman’s) game, as I descend  the ladder from the punch-down boards on top of the ‘tina’ that ferments the precious Brunate every year.

It was a common theme on my recent trip to find that the new labeling regulations have caused a bit of consternation and disruption at some of the oldest and best estates. Roberto Conterno told us how the word ‘Cascina’ had somehow been omitted when his vineyard was given it’s official title. Through no fault of his own, perhaps the greatest vineyard in Barolo is now and forever will be simply ‘Francia.’ It is done. The regulations say so.

Similarly but more fundamentally affected are the Rinaldis. The recent changes protect the integrity of the crus, or famous sites, by insisting that they can only be used for wines containing 85% of that vineyard source. But ironically this has caused the Rinaldis, whose dedication to quality and the character of their sites cannot be questioned to have to remove four of the five cru names from their labels.

In future, the two Rinaldi Barolo offerings will be labeled as ‘Brunate’ and the newly christened ‘Tre Tine.’ The Brunate will contain all they have of that cru supplemented with the maximum permitted amount of Le Coste (15%) Tre Tine will replace the Cannubi San Lorenzo and Ravera blend and be supplemented by whatever Le Coste cannot go into the Brunate. So, the names will change but the essential blend of power with elegance will not be compromised. 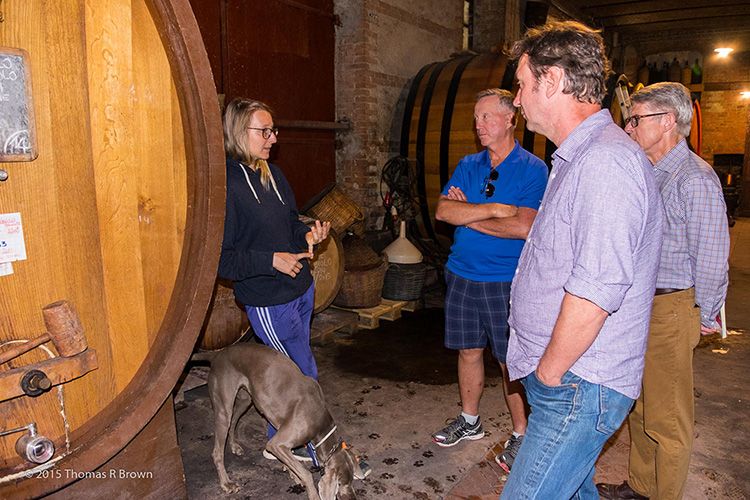 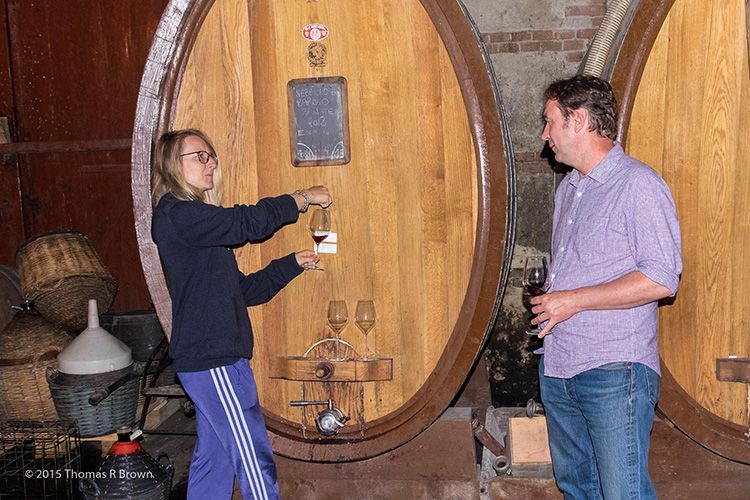 1. Carlotta explains the new labeling regulations and the very difficult decision to relinquish their cru designations in order to retain the balance of power and beauty that characterizes their two blended wines wines.

2. Carlotta draws off a taste of the 2012 Brunate Barolo.  The 2012s promise to be approachable like a number of good recent vintages, but with a brighter red fruit and floral style than 2009 or 2007.